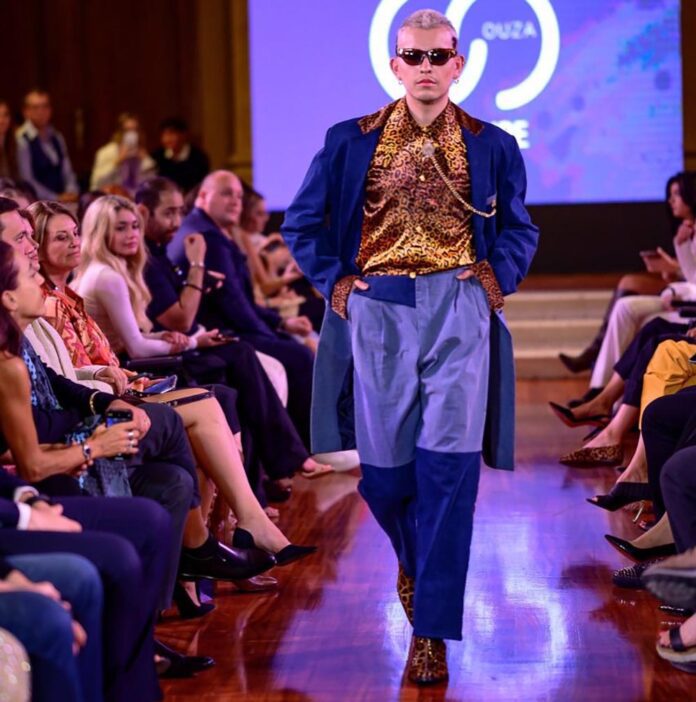 Hosted by Ms. Megan Wilde, an American Singer and International Model, the show was the talk of the town with visitors queuing up around the block hours before it even started. Ishika Chaudhary, Director, Runway Fashion Tours and the Founder of Paris and Milan City Fashion Weeks, who graced the event personally, rightly appeared very smug and satisfied with the show’s success. This year, Milan City Fashion Week was very proud to feature the Columbian Celebrity Designer, Mauritius Souza, who unveiled his “Skin Collection”. According to Souza, his collection will have a social impact since its main objective is to generate awareness against using Animal skins. For his collection, he used a combination of indigos, furs and synthetic leathers, hoping that consumers will understand that they can have the same style and feel without harming the environment and the ecosystem.

Souza has been thriving in the Fashion and Entertainment Industry for 20 years now. He began his career as a Coach for upcoming fashion models and founded his first Model Training School and Agency in 2002. He has been the Fashion Producer of countless parades with Columbian celebrity models like Natalia Paris, Tatiana De Los Rios, Laura Acuña, Sara Uribe and countless other models, actor/actoresses and TV Presenters. Souza maintains an avant-garde proposal and unusual style that has marked his success and has been important for the growth of his name at a national level, he quickly consolidated his name and is often called to participate in Video Productions for renowned influencers and artists like Maluma, Kevin Roldan, Jerau, Don Fulano and others with national and international recognition.

His passion for fashion steered him into creating clothes and the Souza Designer brand was born. His signature designs and techniques of cutting and sewing have elevated him to become one of the most renowned Male Designers in Colombian Fashion. The quality of his clothes and the masculinity of his designs have made his creations the object of desire of men all over Colombia.

He is currently the CEO of Souza Couture, Focus Model’s College (Model agency) and Latin Fashion Awards (Fashion Fair). He has since participated in many International Fashion Events like New York Fashion Week, Miami Fashion Week and now the Milan Fashion Week which will undoubtedly propel him into International recognition and fame.