Over the past few decades, weddings have become an increasingly contentious topic. Beloved old customs are now considered outdated and problematic. Traditions that have remained have had to adapt, bringing parity to both parties, whether man and woman or same-sex partners.

One tradition that has managed to stick around is the engagement ring. However, engagement rings are handled differently than they once were. In the past, the burden fell on the groom to find the perfect engagement ring for his future bride. Nowadays, it simply makes more sense for the recipient to have some input into a ring they plan to wear for the rest of their life. 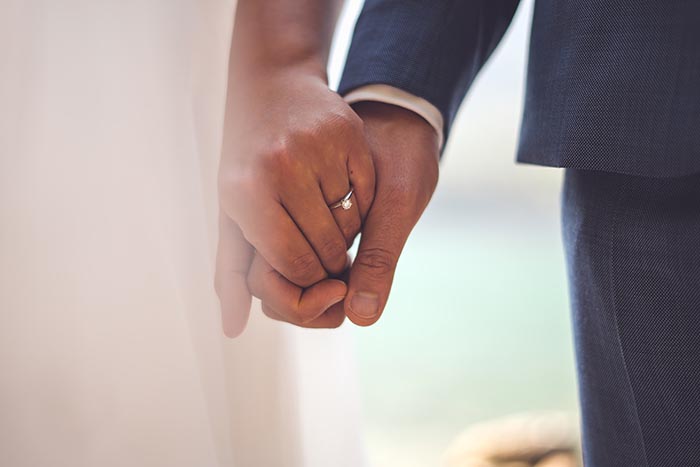 There are some common reasons given by people who avoid getting an expensive engagement ring. For some, it is a simple matter of affordability. For others, the chance that the ring will be stolen when worn in public seems too high.

Here are some reasons why it might be better to settle for a less expensive ring.

Put The Money to Better Use

Being able to afford an expensive engagement ring doesn’t mean you won’t miss the money. The fact is that unless you are particularly well off, there are things that you would do if you just had the funds. A few thousand dollars saved on an engagement ring could be exactly what you need to go on the dream honeymoon, renovate your home, or open an investment account.

There are people who want a specific engagement ring and are willing to sacrifice some opportunities to get it. But most people, when push comes to shove, would rather have the funds to chase those opportunities. This is not to say that you should get a cheap engagement ring, but you can get a ring you love without blowing all your extra funds.

Weddings can be uncomfortable for modern people, especially if you are going the religious route. If you look at texts from thousands of years ago, the purpose of marriage is pretty clear: the man is ‘acquiring’ the woman from her father. This has been reinterpreted by modern spiritualists, but some of the customs perpetuate the original meaning.

Starting a marriage with an expensive engagement ring can unconsciously reinforce the concept of ownership. Even in a simple psychological sense, a man who spends a huge sum of money on a woman may expect something in return and the woman may feel indebted.

If you approach the purchase of the engagement ring as a joint financial decision, based on what you can comfortably afford, you manage to sidestep the tradition’s uncomfortable associations.

But what if the above issues don’t bother you, or you simply both have enough money available for it not to matter? There is still sense in not choosing the most expensive engagement ring. The fact is that an engagement ring can become a symbol of wealth, rather than a stylish reminder of your love. These engagement rings inevitably look tacky, because displaying wealth for wealth’s sake does not breed good style.

Instead of choosing the most expensive ring, look at a range of options within your price range, not knowing exactly how much each ring costs. Choose your favorite ring, based only on what you personally like and can see yourself wearing proudly for the rest of your life.

Choosing the most expensive engagement ring is not always the best decision, even when you have the funds. While the engagement ring you choose is not going to dictate the course of your marriage, the discussion around it can become the precedent for how you treat financial decisions in future.